Warning: count(): Parameter must be an array or an object that implements Countable in /home/onecoac9/public_html/wp-includes/post-template.php on line 317
 OneCoach4U - Personal Training & Nutrition 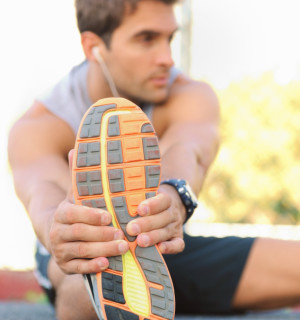 Traditionally, athletes have an off-season in the fall to recharge their “batteries”. This off-season lasts different amounts of time proportional to the athlete’s level of fatigue at that time but the optimal duration is between 1 and 3 weeks.

To rest in preparation for the new season.

In preparing for a specific goal, the first thing to schedule is recovery because it plays a large part in achieving performance.

How is it implemented?

It is implemented by alternating between training and recovery because this allows the athlete to progress (idea of overcompensation) and also to avoid overtraining.

What are the effects?

Psychologically, the off-season relieves pressure and allows the athlete to focus on other non-sport activities.

Physiologically, it has an impact on heart rate (decreases resting HR). It reduces pain related to physical exercise such as muscle soreness. Moreover, the off-season brings about hormonal changes including with regard to cortisol levels.

You had ​​a season that could be described as irregular in terms of training and competition. So you still feel you are in good shape with a lot of energy. You have no interest in an off-season because your body is still in full possession of its abilities.

You had a good season with a very reasonable training frequency (2 to 3 times per week). You still feel you are in good shape despite the season ending and you have no hesitations about training. Despite these encouraging signs, it is important to take a break of between 7 and 10 days. This can only be beneficial.

You had a full season in terms of training and competitions. You feel tired and have had enough. A complete off-season without any sports is highly recommended. The length of the break may vary between 14 and 20 days.

At the end of the winter off-season, preparing for the new season can begin, particularly with general physical preparation, which we will discuss in a future article.