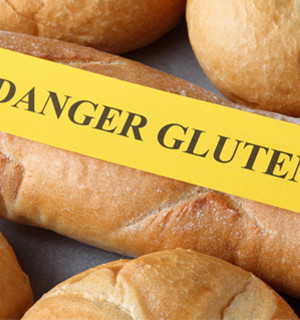 Although gluten is fundamental part of our diet, not everyone tolerates it. In fact, 1% of the population is intolerant of this protein, which causes them intestinal lesions. In these cases we refer to gluten intolerance.

Gluten is a protein that is found in most cereals (corn, wheat, rye, spelt, barley, oats) that form part of our diet.

Gluten intolerance, also called celiac disease; is an auto-immune disease. When an individual who is intolerant to gluten consumes it, their organism manufactures antibodies that destroy the villi in the small intestine. These villi play an important role in the absorption of nutrients via the intestine. The result is that over time, they are not so well absorbed and the nutrients that are essential to the correct functioning of our organism, such iron and vitamins, are no longer sufficiently absorbed.

The problem with celiac disease is that it can remain latent for a long time… in fact, its symptoms, which are very variable from one person to another, are not specific, in other words, they can be attributed to other causes. In general, the following are involved:

There is as yet no remedy that can cure gluten intolerance. Currently, the only treatment of reference consists of the complete removal of gluten from diet. In fact, after a few weeks without gluten, new intestinal villi are formed once more and all is well again.

As this substance is present in a large number of food products, it is difficult to avoid. In general, it is recommended that fresh produce should be given precedence and rice, maize, buckwheat and quinoa should be adopted.

Although adapting to the symptoms of gluten intolerance can sometimes seem easier than eliminating it from one’s diet, doing nothing at all is a very bad idea. Because, over the years, certain complications begin to appear: osteoporosis, depression, chronic fatigue, joint pain and kidney stones.